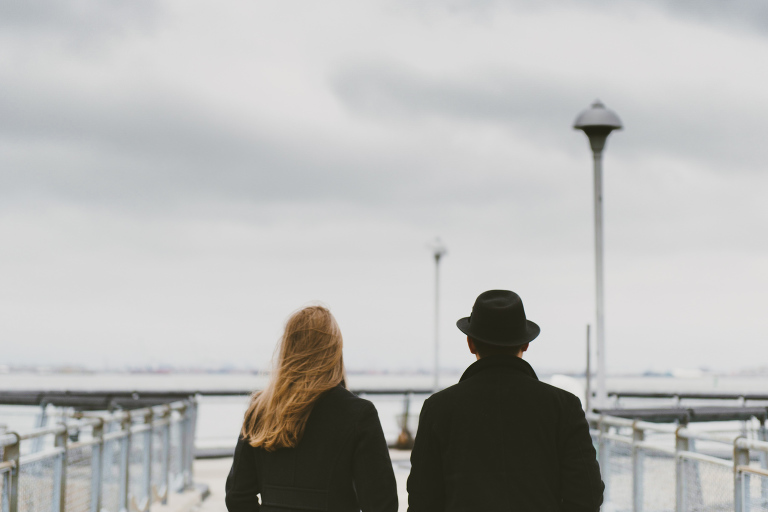 Let me start by saying this: Unequivocally, foggy / post-apocalyptic / grey / pre-rain weather is my favorite to shoot in. There’s just something really awesome about naturally diffused daylight. No assistant holding up giant disc to see here, just the sun and clouds working together. I feel like every photo I take of people when it’s in that weather, could be their album cover.  Maybe I should move to Seattle.

I met Lucas in high school, when he had blue hair and I wore a Burger King visor backwards 100% of the time.* A few years later, we reconnected when I got back from college and moved into an apartment with four other Brooklyn born-n-raised kids, Lucas being one of them. My room was the size of a walk-in closet but it was around $300 a month, the cheapest NYC rent I’ve ever had! While we were living there, Lucas met and started dating Maggie. Six years later, they invited me to shoot their engagement portraits and also to go down to Maggie’s hometown in Lousiana and shoot their wedding! More on that in another post.

We did the shoot in two parts – racing against the imminent rain – starting in Red Hook, at the waterfront where there is a terrific view of a teeny tiny Statue of Liberty. While we were there, Lucas and Maggie wanted to recreate a photo that had been taken of them in front of this gorgeous mural, years before. They’re friends with the artist who painted it! I think we did a pretty great job with the redux: 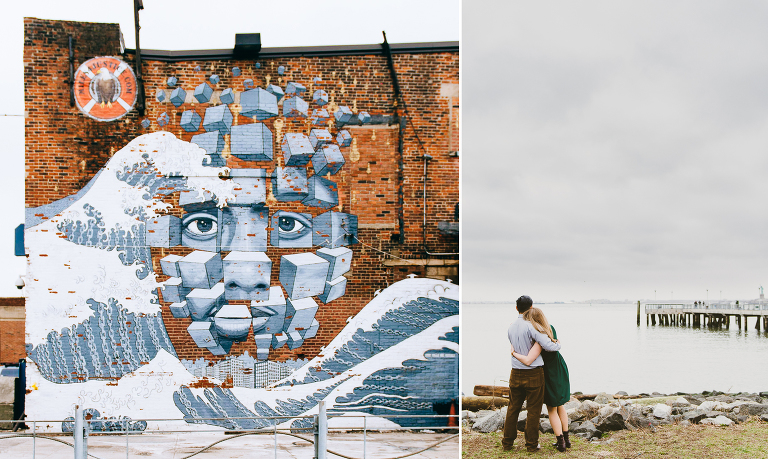 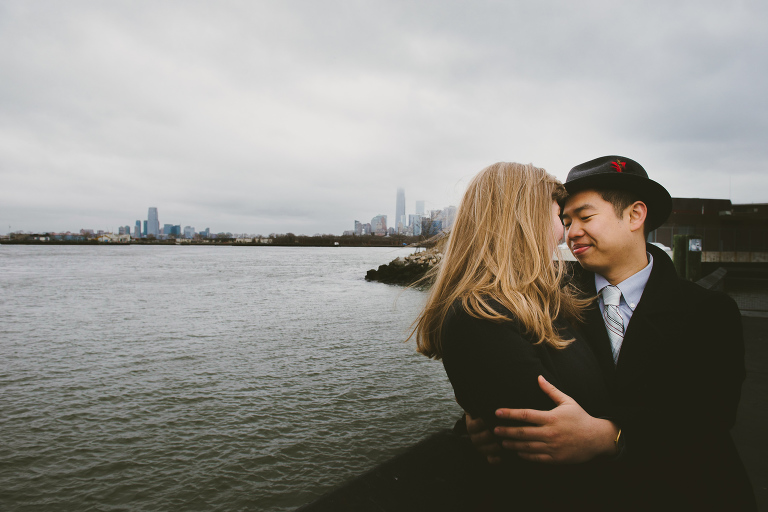 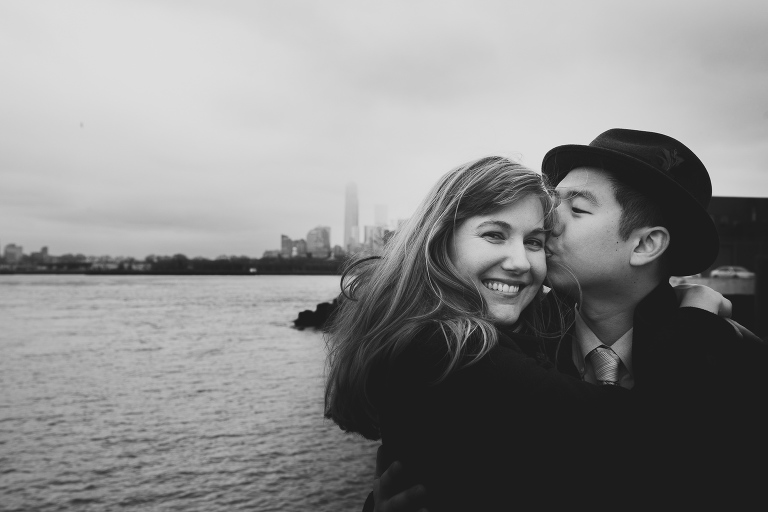 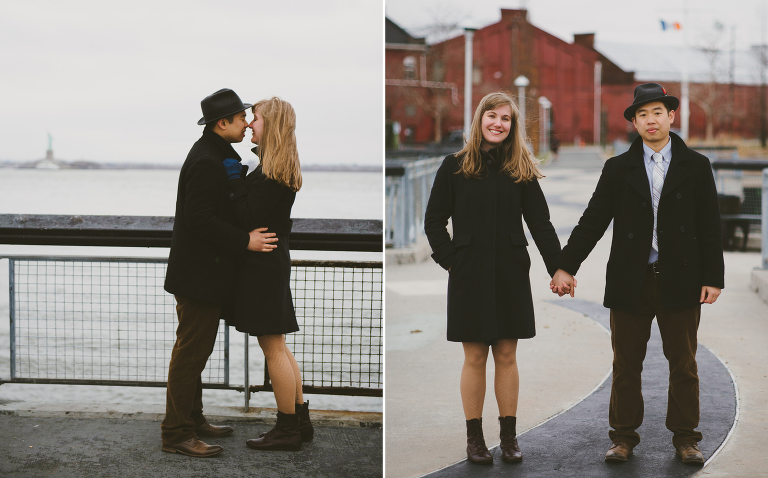 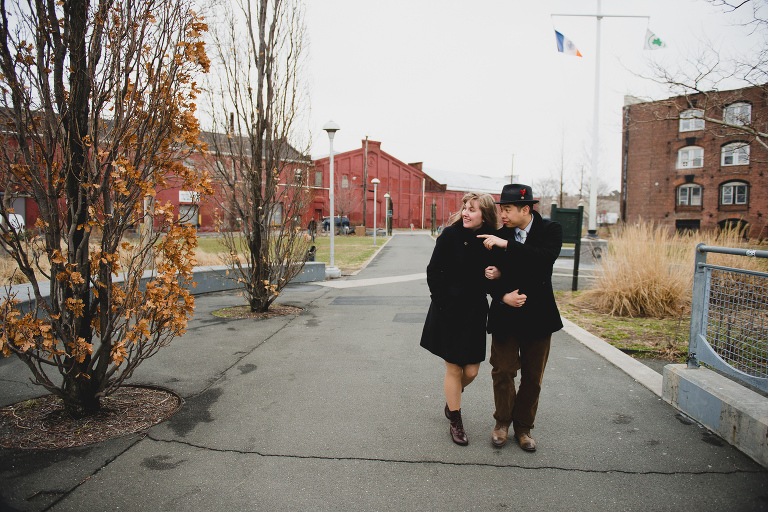 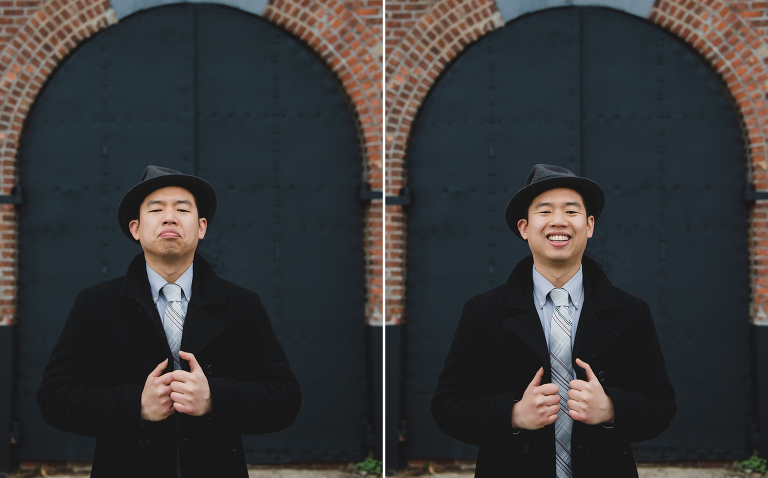 After Red Hook, we zipped over to Kensington to shoot in two of the couple’s favorite haunts:

First, to Sycamore Bar & Flower Shop – as amazing as it sounds, with a flower shop in the front and a bar in the back! 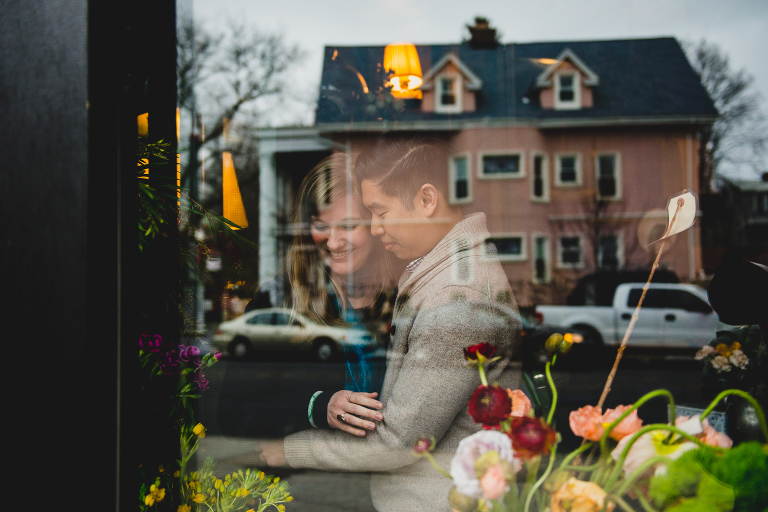 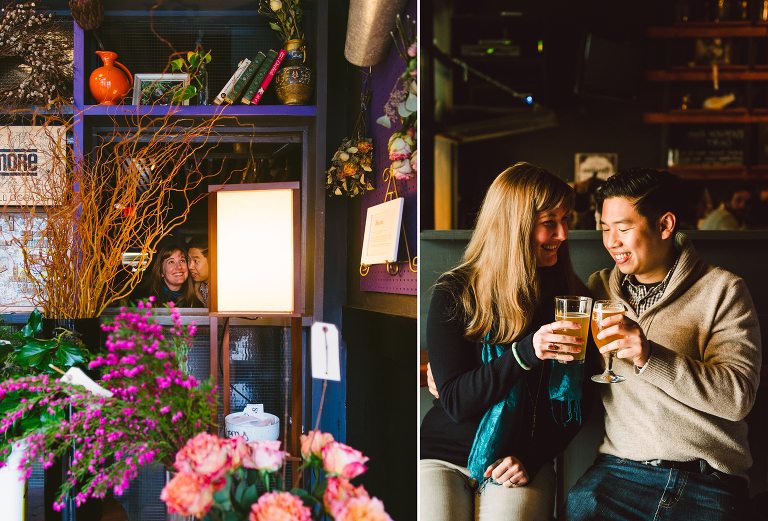 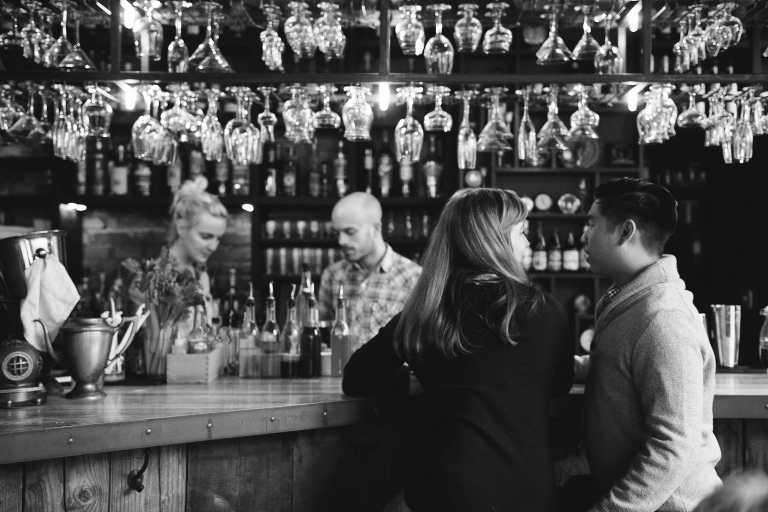 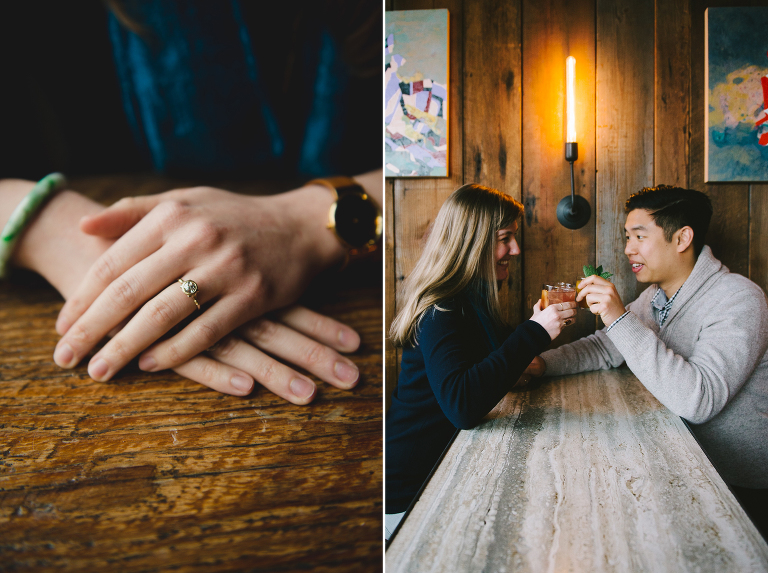